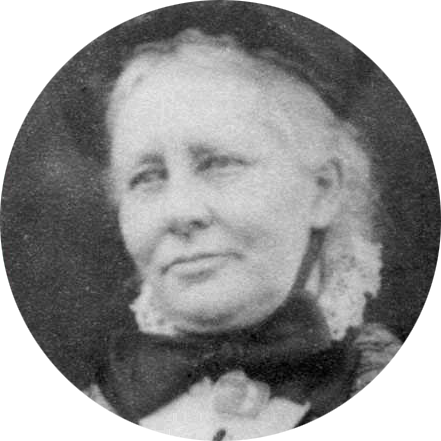 St James church in Peckham Rye was opened in 1905. It was one of over 20 churches built in the early years of the 20th Century under the financial patronage of Miss Frances Ellis (1846-1930), an heiress who converted to Catholicism and was received into the Church in January 1901. Miss Ellis inherited a considerable fortune from her parents, and dedicated her life to founding new churches, hospitals, hospices, orphanages and nursing homes. Her vision in building so many churches in South London, at a time of enormous population increase, created new parishes and facilitated attendance at Mass for thousands of people who otherwise would have had no local parish church.

It was her specific request that each of her churches should be small, simple and Romanesque in style. They came to be known as Miss Ellis boxes. The architect of several of them was F W Tasker, and the building is plain and unpretentious structure, with a large rose window. The church was extended over the years to facilitate growing congregations and re-ordered in 2011. A striking feature is the modern stained glass rose window which was commissioned by Fr. Jack Dillon, designed by John Barber FCSD FRSA of Graphicus Design and built by Angelo Camenzuli, Stained Glass Designer and Artist, Swansea.

Since 1905 there have been thirteen parish priests. These are commemorated on a plaque in the church

A Further History of Frances Elizabeth Ellis & the Churches she founded in London.

Frances Elizabeth Ellis was born into a wealthy family at Brighton in 1846 and raised as an Anglican. She was left a considerable fortune by her father, and devoted much of her adult life to caring for her blind mother and infirm sister. She seems to have been drawn to the Catholic faith while staying at Ramsgate in Kent. It is said that she was particularly impressed by the piety of a Mr. Leahy, whom she observed walking to Mass at St. Augustine’s abbey every day and in all weather. However that may be, Mr. Leahy does seem to have been instrumental in introducing her to prominent members of the Southwark clergy, including Canon St. John, who was closely involved in fund-raising.

During the 1890’s, Miss Ellis began to buy sites and give money to found new churches in the Southwark diocese. Although few records remain, her method seems to have been to find a core group of the faithful in a “frontier” area, and then to work with them and with the diocese to establish a new church. Miss Ellis herself generally bought the sites, as well as giving generously to the construction. The prospective parishioners also contributed, as did the diocese. Financial provision was made in every case for a presbytery, but never for a school.

These churches started life as missions rather than parishes, underlining the precarious — and hopeful — circumstances of their foundation. Miss Ellis particularly favoured a Romanesque style with a single large rose window, but as money was short, they were mostly without ornament. Usually, Miss Ellis insisted on employing an architect whose normal line of work was designing railway sheds, and this utilitarian approach is in evidence at Norbury and a number of other churches in Southwark. As in all the Ellis foundations there was to be a monthly Mass for the Holy Souls, something that continues to this day at St. Bartholomew’s as the monthly ‘Ellis Mass for the dead’ in their memory. Miss Ellis died at The Daughters of the Cross Home at Hayle which she had been instrumental in having built in 1930.